Visitations are made on the last Monday of the month to the Spruce Point Senior Assisted Living Facility located on 9th St, opposite Peace Health Hospital complex.  Infrequent visitations are also made to The Shorewood Senior Retirement Center, and The Regency and Elderberry senior facilities.  Cooties assist veterans with travel to medical appointments to out-of-town medical facilities as well as visiting home-bound veterans.  Periodic visits are made to the Roseburg VAHS and other nearby VA facilities.

He joined the VFW in 1998 with Waldport Post 3156, transferring to Post 3232 in Florence two years later.  He served Post 3232 as Post Adjutant for most of the first decade of the new millennium, and published a Post newsletter for a couple of years.  He is now In his third year as VFW District 9 Commander.

As a founding member of The Grand of Oregon Pup Tent 9 Dune Bugs in January 2009, he served as the Hungry Cootie since the Pup Tent’s inception.   He has also served as the Pup Tent Hospital Chair for most of the past seven years.  He was elected  Grand Historian at his first Grand Scratch in 2009, and has held that position since, except for one year (2014-2015).  He was elected Grand Commander in 2014, becoming an All Star Grand Commander for 2014-2015.  He is presently serving the Grand of Oregon again as the Grand Historian.

Seam Squirrel Dennis is now beginning his eighth year of writing and publishing the unofficial newsletter for the Grand of Oregon, for which he has received past awards from both the VFW National Headquarters and the Military Order of the Cootie Press Association. He has served as the Press Association photographer for two years.

“Cooties gather around their newest Grayback – Andrea Summerlin at the conclusion of their May 2016 Scratch.” 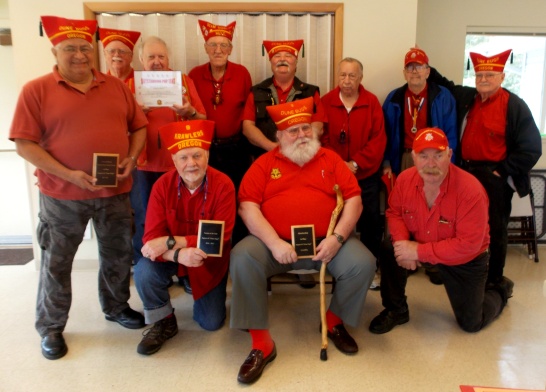 Cooties of Pup Tent 9  Dune Bugs pose with their awards after a recently held  Scratch.  Pup Tent 9 was honored as the “PUP TENT OF THE YEAR” for 2016-2017 by the Grand of Oregon at the Grand’s April  Scratch. 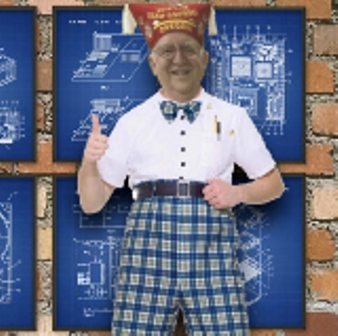